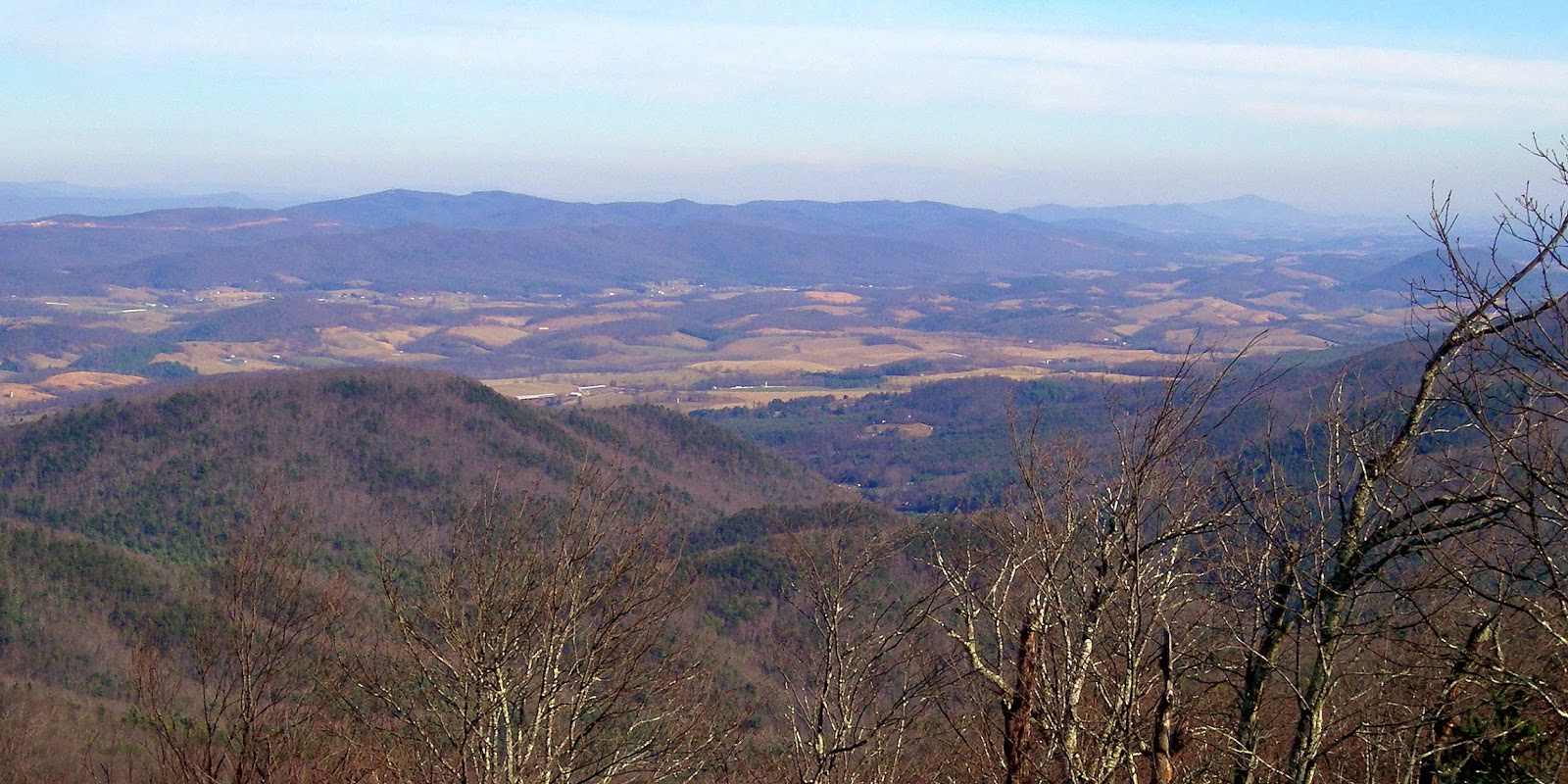 There are often days when I am not especially motivated to go hiking, but feel like I should get out in the woods for a few hours anyway. These same days, I usually don't want to be gone all day, nor do I want to drive very far - generally no farther than thirty minutes away. While I’m lucky enough that there are a few very nice destinations that close to home, that distance nevertheless really limits the choices, and while a lot of the hikes that close are pleasant enough, most are little more than a walk in the woods. There just aren't very many spectacular destinations really close by. Some may be nice enough otherwise, but lack appeal because there is also a road to or near the final destination. That usually takes away any feeling of remoteness out wildness, and usually makes one question why they are hiking up, when they may well encounter hordes of people who drove up. And while I myself am not averse to driving up certain peaks on occasion, it’s rarely as rewarding as a good hike to the same place.

Such is the case with Comers Rock. One can drive to within a hundred yards or so of the top, a fact that often makes me discount it as a "serious" hiking goal. But I always forget just how good views actually are from up there on a clear day, and they are even better when you earn them by hiking up. And despite the proximity of a road, there are no"hordes". Besides, it's a pleasant hike anyway, if the chosen route is through the Little Dry Run Wilderness located to the north of the mountain. For the best part of the first three miles, this trail follows the namesake creek of the Wilderness (a rather grandiose term for this little 2,858 acre parcel), a tiny little stream with gorgeous hemlock lined banks, and small pools and undercut banks that harbor native brook trout, some of the prettiest freshwater fish there are. Finding their haunts was one of the original motivations for my interest in hiking. Though I don't fish for brookies any more, I still love visiting the beautiful places they live.


The hike starts with an unbridged crossing of Dry Run. If the creek is low enough to rockhop here, then the rest of the hike is probably not an issue. If it’s really high, you might want to come back another day. The trail follows Dry Run upstream a very short distance, then sidehills back to the North and West to reach Little Dry Run. It crosses this smaller stream numerous times, and is a bit vague in a few spots, but as long as the creek is near, so is the trail until one reaches the uppermost headwaters - and if one avoids the trailless northern tributary at the 1.4 mile mark. On another note, it was near this spot a few years ago that I turned off the trail to climb Peak 3,300, the last summit I needed to have climbed all of Wythe County's 43 ranked peaks. That adds another element to my fondness of this area. As the stream dwindles to a trickle, the trail steepens and climbs to a broad saddle to intersect the Virginia Highlands Trail. This makes an appealing return route by following it back to the highway, but the way to the top avoids it and continues straight across, onward and upward from this divide that separates Little Dry Run from Jones Creek. While it is never really steep, the remaining mile-and-a-half is decidedly uphill. Very close to the end, after all one’s work to get here, the trail disappointingly deposits one onto the gravel Forest Service road going to the same place. However, after only a hundred yards, it ends and a set of rustic stone stairs lead the remaining steps.  At least the final 150 yards is foot travel only, so there is some solace in knowing that even if you share the summit with other people, you don’t have to share it with their vehicles as well. And you know they didn’t see the pretty places you were privileged to see on the way up. As it turned out on this visit, I had the top all to myself the whole time I was here.

The summit has a couple of attributes of interest to only to peakbaggers. At 4,100’ in elevation, it is one of Virginia’s 97 ranked Four-Thousand Footers, coming in as the 62nd highest peak in the state. As it is the only peak over 4,000’ in Wythe County, is also the county highpoint for my home county. For everyone else, there are the views. The top has a few rock outcroppings, as well as a deteriorating viewing platform. Even though the railings are falling off and trees have been allowed to block the view to the West, this low platform offers quite a dramatic prospect. Starting in the Northwest and turning clockwise all the way back to the Southwest, the phalanx of mountains marching around the horizon includes a distant Brumley Mountain, Middle Knob, mighty Beartown Mountain, and White Rock on the Clinch Mountain massif. Closer in is Glade Mountain and its associated ridges as well as the sixty mile long sweep of Walker Mountain. Beyond it, to the North, are cliffbound Knob Mountain and Wynne Peak, as well as Chestnut Ridge, spruce-clad Balsam Beartown (sixth highest in Virginia, and the highest that isn’t part of the Mount Rogers massif), Garden Mountain, and East River Mountain. Most of Wythe County is in sight, and notable peaks include its most prominent peak of Griffith Knob, pointy Queens Knob, Cove Mountain, and its most isolated peak of Sand Mountain and attendant High Rocks, Lick Mountain, Stuart Mountain, Swecker Mountain, and Henley Mountain. This latter range separates the Cripple Creek and Reed Creek Valleys. Draper Mountain, Peak Knob, and High Knoll are next, while much farther to the Northeast are the high peaks of Sugar Run Mountain and Bald Knob, the latter over 50 miles away and Virginia’s most isolated peak. I can’t honestly say I have ever really looked for it, or if I have even been here on a clear enough day, but some research shows me that it should also be possible, at a bearing of 61°, and about halfway between Peak Knob and High Knoll, to see Apple Orchard Mountain from here as well. This is Virginia’s most prominent peak, and is nearly 110 miles away. If indeed it is ever visible, this would probably be one of the longest line of sight views possible in Virginia, if not the entire Southeast. It was clear on this most recent visit, but definitely not that clear. Much of the Eastern end of the Iron Mountains, of which Comers Rock itself is part of, extend as far as the New River. Things flatten out a bit on the rolling Blue Ridge Plateau to the Southeast, but a couple notable exceptions jutting up are Floyd County’s and Carroll County’s respective highpoints of Buffalo Mountain and Fisher Peak. To the south rise the considerably higher Grayson County peaks of Point Lookout and Buck Mountain, the eleventh and eighth highest mountains in the state. While not exactly in your face, the most dramatic view is probably to the Southwest. This would be the compact cluster of North Carolina mountains known as the Amphibolites. Among the rugged and spectacular peaks in view are Mount Jefferson, Phoenix Mountain, Bluff Mountain, Elk Knob, ragged Three Top Mountain, Snake Mountain, and the aptly named The Peak. Farther away are the glorious balds of the Roan Highlands. Quite an amazing collection of peaks really, but still not quite everything. By moving off the platform and onto the rocks nearby, one can look to the right of nearby Bald Rock Ridge and get a pretty good look at one of my most special places - the Grayson Highlands. Rising above First, Second, and Third Peaks are Virginia’s highest terrain. Big Pinnacle, Wilburn Ridge, and Mount Rogers are all in sight, and beckon as they always do. And by walking up, you earned the views, and can appreciate them even more. If you come in the Winter after a big snow, it might not even be possible for anyone to drive up even if they wanted to. 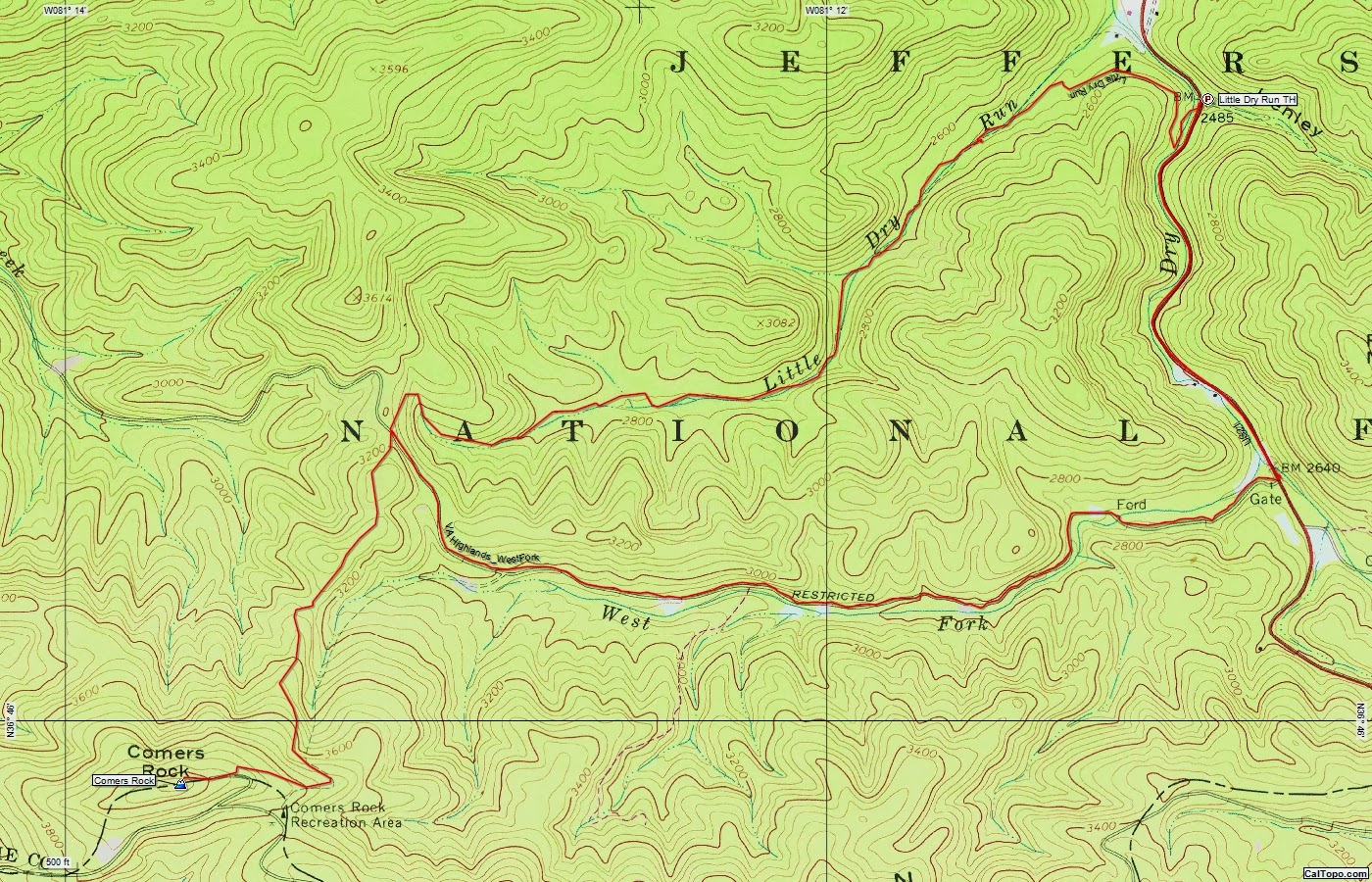 To see the topo map for this hike larger on this site, click on the image or click here to see it on CalTopo. 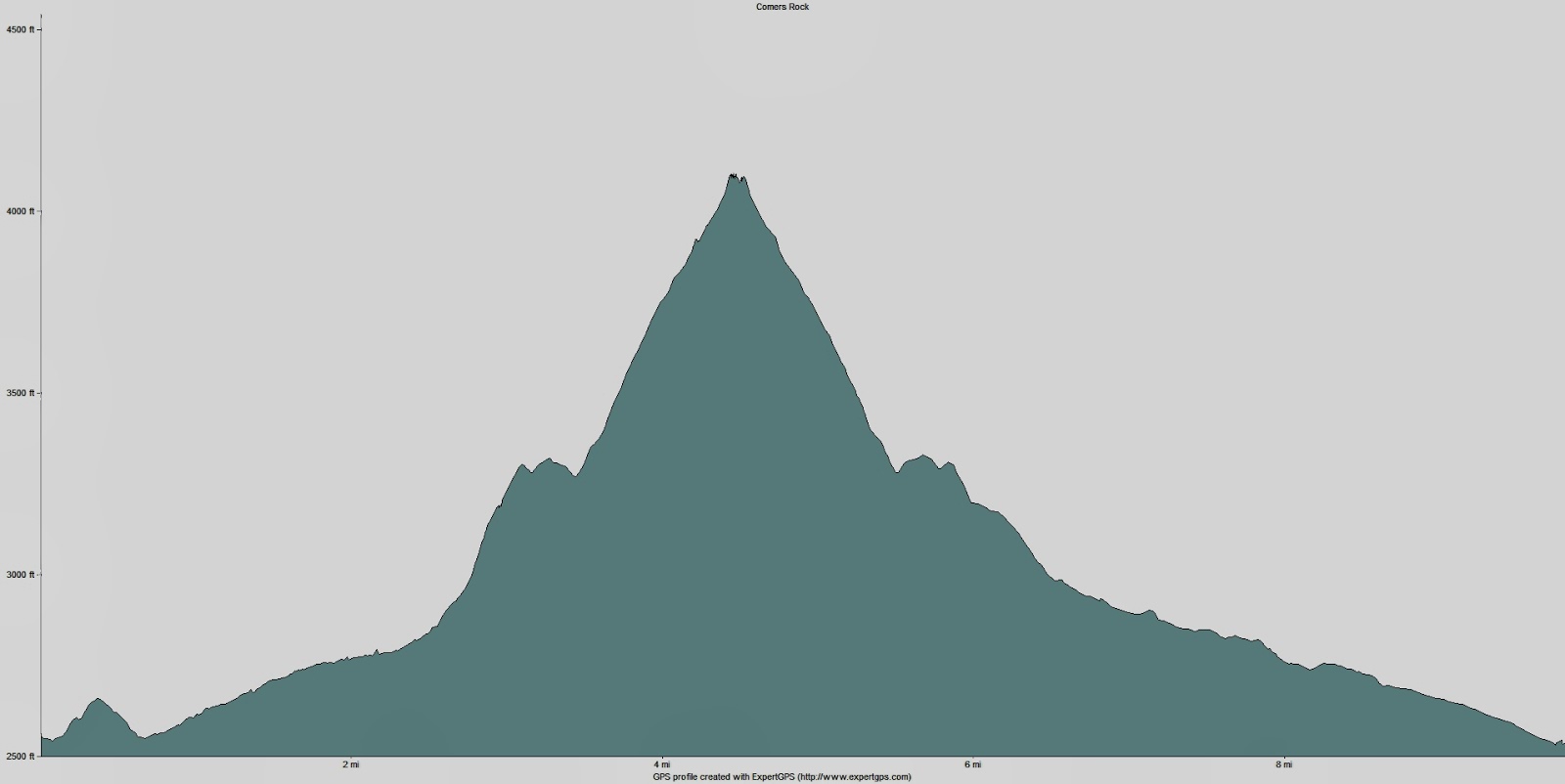 Elevation profile for this hike.

Pictures from this hike

Trailhead Coordinates:  36.78855, -81.18327
(trail begins across road from parking area, on West side of road)
Google map for trailhead
Google Street View of Trailhead

Posted by crshortt at 9:02 PM No comments: